In 2015, we set out to get an insider's view of the current cybersecurity environment by speaking to the most knowledgeable information security professionals in the industry. To achieve that goal, we surveyed one of the most security-savvy audiences in the industry: those who have attended the annual Black Hat USA conference. Black Hat, a forum that fea­tures some of the most advanced security research in the world, is a destination for discussion among top security minds, including leading ethical hackers, IT security management, and technology developers. The 2015 Black Hat Attendee Survey was the first of its kind, featur­ing responses from full-time IT security professionals — some two-thirds of whom had been credentialed as Certified Information Systems Security Professionals (CISSP).

The results of that study were alarming, as nearly three-quarters (72%) of respondents felt it likely that their organizations would have to deal with a major data breach in the year ahead. Approximately two-thirds of respondents said they did not have enough staff, budget, or train­ing to meet those challenges. With so many security experts holding pessimistic attitudes about the coming year, it seemed as though the cybersecurity problem could not get much worse.

Unfortunately, it has. The 2016 Black Hat Attendee Survey results are in — and as a rule, the most expert security professionals in the industry are even more concerned this year than they were last year. Download the full report. 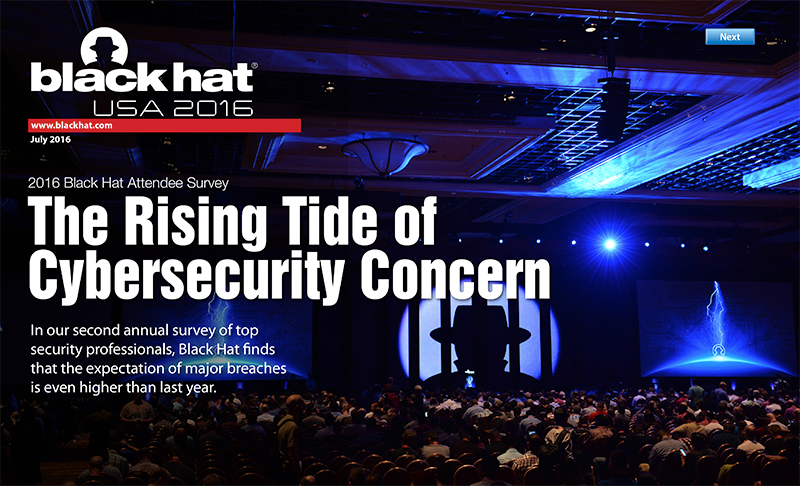