In 2015, enterprises will spend more than $71.1 billion on Information Security – more than they have ever spent before, according to Gartner Group figures. Yet, the incidence of major data breaches – as evidenced by compromises at corporations such as Anthem, Sony, and many others – shows no signs of abating. As enterprises continue to struggle with online attacks and data leaks, many are asking one common question: What are we doing wrong?

This year, we decided to put this question – and many more – to one of the most security-savvy audiences in the industry: those who have attended the annual Black Hat USA conference. Some of the most advanced security research in the world comes out of Black Hat USA. As a result, the event is a destination for top security minds, including leading ethical hackers, IT security management, and technology developers.

The 2015 Black Hat Attendee Survey includes responses from 460 top-level security experts, including some of the most IT security-savvy professionals in the industry. Download the full report. 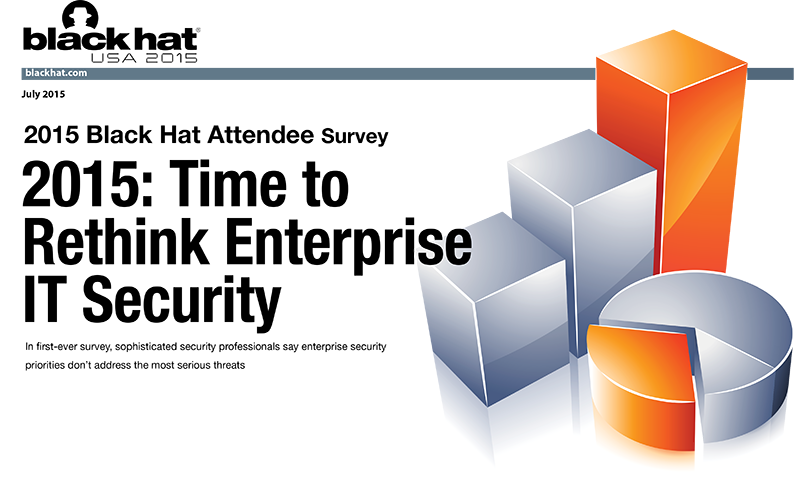