The security industry focus on state-sponsored espionage is a relatively recent phenomenon. Since the Aurora Incident brought nation-state hacking into the spotlight, there's been high profile reports on targeted hacking by China, Russia, U.S.A, Israel, to name a few. This has led to the rise of a lucrative threat intelligence business, propelling marketing and media campaigns and fueling political debate.

This session will cover the idiosyncrasies of nation-state malware research with special focus on Babar (aka SNOWGLOBE, allegedly written by France), Regin (aka WARRIORPRIDE, allegedly written by the Five Eyes) and commercially written offensive software. Mentioned families will be used as case studies in examining attribution difficulties and serve to cover what happens when you find other players on the hunt.

The conducted research focusses on the attribution problem to formulate a novel approach to create credible links between binaries originating from the same group of authors. The goal is to add transparency in attribution and supply analysts with a tool to emphasize or deny vendor statements. The technique is based on features derived from different domains, such as implementation details, applied evasion techniques, classical malware traits or infrastructure attributes; which are then leveraged to compare the handwriting among binaries. 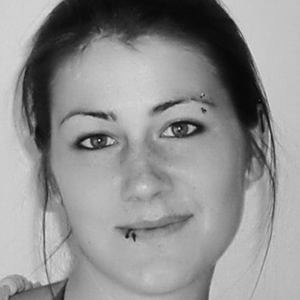 Marion Marschalek is a malware reverse engineer on duty for Cyphort, Inc., focusing on the analysis of emerging threats and exploring novel methods of threat detection. She teaches malware analysis at University of Applied Sciences St. Pölten and frequently appears as speaker at international conferences.